With the Freedom Never Dies Covid Mask, brand name “Maskist”, you can now be your own Zorro! In 1920 Douglas Fairbanks starred in the silent romance film titled “The Mark of Zorro”. This is where Zorro first wore his mask. This film became a classic hit that establishes Zorro’s iconic black costume, featuring his cape, his gaucho hat, and his mask that concealed the top half of his face.

Zorro, The caped crusader, is back! In 1998 and 2005, Antonio Banderas(Zorro) and Catherine Zeta-Jones(Elena) return for more
explosive action, adventure and excitement fighting for injustice and cruelty.

Dark and Light Side Maskist

Now, Zorro wore his mask on the top half of his face. Our new masks are worn on the bottom half of the face.
With the Freedom Never Dies “Maskist”, you can be your own mask of practice. Feel free to add these masks(Dark Side and Light Side Maskist) to your collection! 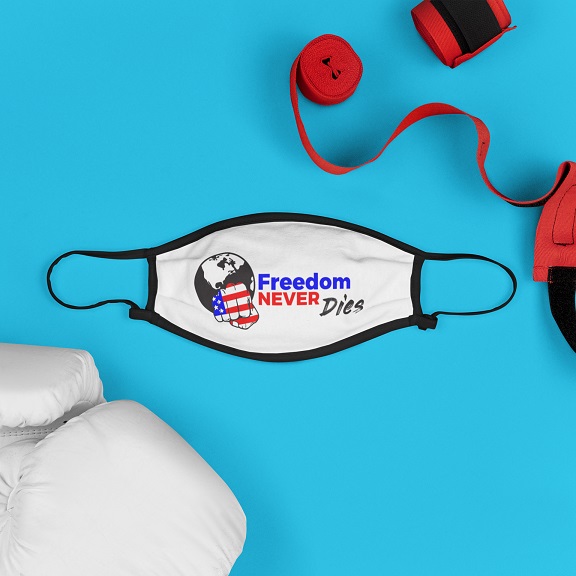